» I want to show people how beautiful sign language ‘sounds’ «

From special event shows and news magazines to feature films and licensed series, ProSiebenSat.1 offers a wide range of closed-captioned programming encompassing a number of different shows, stations and target groups. The broadcasting group is expanding its range of programming for people with hearing impairment, continually boosting both quality and quantity. Among commercial TV broadcasters, the Group is a pioneer in accessibility.

February 2018. Vanessa stands in front of a large green screen and shuffles nervously through the taff script. In front of her is a sea of cables, spotlights and cameras. One last equipment check, the stage manager nods in her direction – and then the taff theme song begins to play. Show time! The hosting duo of Rebecca Mir and Daniel Aminati greet the audience. Vanessa, who is following everything on a monitor, mirrors them. The only difference is that she welcomes taff’s viewers without speaking a word: The 17-year-old is interpreting the entire program into sign language on a Facebook livestream running parallel with the television broadcast.

Vanessa Feller-Jung is a CODA, or child of deaf adult. In other words, the student from Rhineland-Palatinate is hearing, but has deaf parents and grew up with sign language as a native language. Communicating using only her hands, facial expressions and gestures has fascinated Vanessa as long as she can remember: “I can often express myself better in sign language than in spoken language, because sign language requires authentic emotions.” As the older of two children, Vanessa learned very early to take responsibility for her deaf parents, interpreting at parent nights or accompanying them to government offices. “Despite these challenges, I’m thankful I grew up with sign language, because it ‘sounds’ incredibly beautiful,” Vanessa says effusively.

» We support breaking down barriers for the hearing-impaired and deaf communities. «

However, something her father repeatedly asked bothered her for a long time. “What is music?” was the question, and she was unable to give a satisfactory answer – that is, until she started to translate songs into sign language in 2015. Encouraged by positive feedback from her family and friends, Vanessa published a video on social media. Others followed and Vanessa’s fan base grew. The “Vanessas Gebärdenlieder” Facebook page now has more than 4,000 followers. Swiss rapper SIGA also saw Vanessa online and invited her to film a video with him for his song “Du.” In the clip, SIGA raps while Vanessa interprets the lyrics. The single went viral – and Vanessa and SIGA kept the ball rolling. Student and rapper have been working together for three years now. Their most recent joint song, “Meine Nr. 1,” was just released.

» Deaf people have the right to do everything people without disabilities do. Enjoying music and watching television are symbolic of all other everyday activities. «

The pair has more in mind than just providing deaf people with a way to enjoy music. In fact, Vanessa and SIGA aim to “overcome the barriers in people’s minds,” as Vanessa puts it. Vanessa and SIGA contacted the taff editors in the interest of combating prejudices and fear of the other, and raising awareness of their project. The idea was born that Vanessa could interpret an episode of the show into sign language live on Facebook. “Every day, thousands of young viewers watch taff. Live sign-language interpretation of this broadcast helps us fulfill the need to break down barriers for the hearing-impaired and deaf communities,” taff Chief Editor Werner Danner says.

» Deaf people have the right to do everything people without disabilities do. Enjoying music and watching television are symbolic of all other everyday activities. «

In addition to simultaneous interpreting, hearing-impaired people can also enjoy television with closed captioning, which ProSiebenSat.1 has employed since 2000. Lotte Sorge, Manager of Content Acquisitions, Dubbing & Material, has been an advocate in this area for six years as the person responsible for making the broadcasting group’s programming accessible: “Back then, we began by closed captioning the Sunday blockbuster on ProSieben, SAT.1 movies on Tuesdays, and some licensed series. After that, we kept constantly expanding this effort.” In 2012, the state regulatory agency began requiring that at least one prime time program per day be subtitled in fulfillment of ProSiebenSat.1’s public responsibility as a private broadcasting group. “At that point, we took a new approach and restructured our workflows and planning processes,” Lotte recalls. And it worked: Since 2013, ProSiebenSat.1 has exceeded all of the general requirements for accessible programming. Lotte and her team were able to increase total closed-captioned broadcasting by another nearly 2,000 hours of programming in 2017.

“Over the years, this issue has become really important to me,” she says, explaining her personal dedication. Even today, she looks back with special fondness on a meeting with representatives of the German Association for the Deaf in 2013. “That was the first time I met someone with a hearing impairment personally. Experiencing how much the community wanted access to things that are a matter of course for people without disabilities gave my day-to-day work completely new meaning,” Lotte recalls. 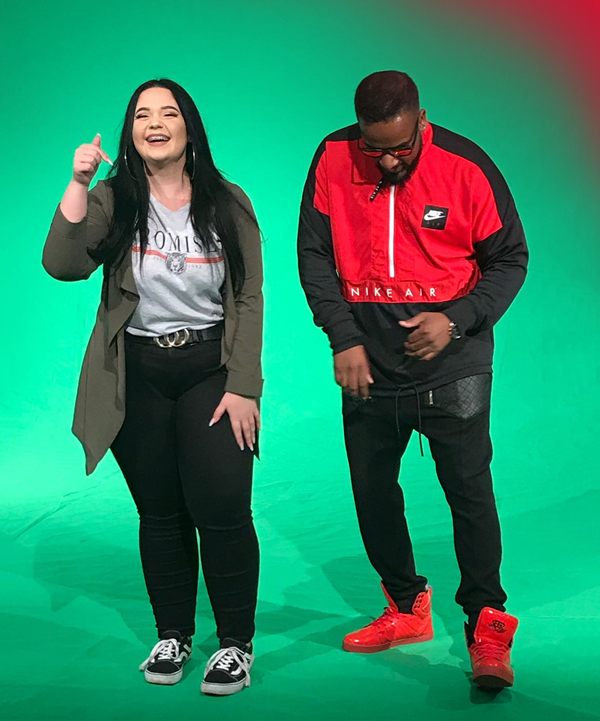 » Subtitling #GNTM was an enormous challenge that motivated us to continually update our skills. «

One big wish brought to Lotte by members of the deaf community in 2013 was to have the ProSieben hit Germany’s next Topmodel – by Heidi Klum (#GNTM) subtitled. “Captioning the episodes very quickly, often the same day, and, of course, the big live finale was an enormous challenge at the start. But it motivated us to continually update our skills. Since then, captioning live shows has become routine,” Lotte says. After the initial closed captioned season of #GNTM in 2015, she and her team even received thank-you letters from happy viewers: “I still have those letters at home. They really touched me.”

ProSiebenSat.1 provides closed captioned programming on five broadcast TV channels: ProSieben, SAT.1, kabel eins, sixx and ProSieben MAXX. The budget earmarked for this purpose is used by the Group primarily for captioning the most popular stations and programs, with the goal of growing the range of accessible programming by continually adding new types of shows. In addition to licensed series and feature films, a particular focus is therefore on local content produced in-house. New highlights in the selection of accessible programming include the maxdome and ProSieben series jerks. (since 2018), the ProSieben science magazine Galileo am Sonntag (since 2018), the new season of the reality spectacle Promi Big Brother on SAT.1 (starting in 2018), the ProSieben shows Get the Fuck Out of My House (2018) and Das Ding des Jahres (2018) as well as the ProSieben documentary series Uncovered (since 2016). September 2017 also saw the first ProSieben Tag der Gehörlosen (Deaf Day): On that day, all programming, not just selected shows, was broadcast in accessible form. A repeat of the event is slated for September 30, 2018.

How are television broadcasts captioned?

People with hearing impairment can access television programs by reading text dis­played on the lower part of the screen. This text describes the spoken content of the show as well as sounds in the environment and other audio cues such as a creaking door or applause. Most closed captioning is provided by external suppliers. In the case of live in-house productions like Germany’s next Topmodel – by Heidi Klum or The Voice of Germany, everything hap­pening on the show is translated by trained simultaneous interpreters who dictate what they hear into voice recognition software. The resulting text is then fed directly into the TV signal and can be accessed as closed captioning using teletext (page 149) or digital captioning.

The hit show The Voice of Germany has also been captioned since 2017. Some may wonder what value closed captioning a show about music has for the hearing impaired. “That’s far too simplistic,” Lotte explains. In addition to reproducing the storyline, captioning conveys the mood in the studio: “We don’t just subtitle the songs and dialog. We describe sounds like applause or cheering – and judge Samu Haber even retains his accent,” Lotte laughs.

Vanessa also understands that making music is much more than just playing a melody: “Deaf people can feel the emotions conveyed by music just like anyone else – and they have the right to do everything people without disabilities do. Enjoying music and watching television are symbolic of all other everyday activities.” The 17-year-old has succeeded in explaining the importance of music not only to her deaf father, but also to many other people with hearing impairment in Germany. “Thank you for giving us our ears back,” a fan once wrote. For Vanessa, that is a compliment that spurs her on in her work. She continues her fight for more societal acceptance and inclusion for the deaf. And she knows better than anyone that there is always a way to communicate.

Besides captioning, how does ProSiebenSat.1 contribute to the inclusion of people with disabilities?